Creativity, Innovation and all that jazz 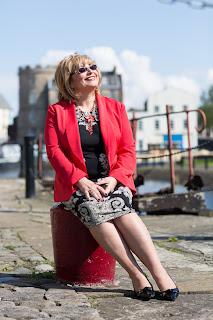 Pangloss was honoured earlier in September to be asked to speak at the launch of the Lisbon Council’s new publication on Intellectual Property and Innovation: A Framework for 21st Century Growth and Jobs, to which I also contributed. The collection is co-edited by Ian Hargreaves far famed writer of the Hargreaves Report, the current major blueprint for UK copyright reform, and the keynote speaker was Nellie Kroes, Vice President of the European Commission (her speech can be found here and has been widely reported as a bright light in the ongoing content wars.) Multiple photos of the event are also here.

This event was a little unusual , for Pangloss anyway, in that the Lisbon Council had energetically sent out a Belgian surrealist photographer to the home abodes of all the contributors to take pix of us, not only in our natural habitat, but with the intent of showing our true souls :-) Thus Pangloss evocatively had a lovely day out in Edinburgh taking Bart Goossens (the photog) around nice restaurants at the waterfront in Leith (see photo above!), followed by afternoon tea at the Modern Art Gallery and finishing up with dinner in a pub. That's my soul in a bucket :-)

Anyway the resulting photos are so delightful that Bart has offered a deal to us all whereby we can use the photos he took for non-commercial purposes such as web sites (like this!)  but agree to negotiate a fee if commercial use is made of the photos thereafter. As I prepare my e-commerce class for 2012/13 this seems a nice example of an open content business model, which will almost certainly generate both profit and goodwill. The photos come from http://www.mbargo.be where offers should be made for reproduction!

Your link to Neelie Kroes' speech is broken.